Yaniv was an NSF biological informatics postdoctoral and Center for Population Biology Postdoctoral fellow at Davis. While a postdoc with the Coop Lab (and Turelli lab) Yaniv worked on a range of research related to the population genomics of plant speciation and meiotic drive. He started a faculty position at the University of Minnesota in 2014.

Joel Smith. Joel was a junior research specialist in the lab. He’s working on various projects on the evolution of recombination and local adaptation. He’s now a grad. student in E & E at chicago.

Torsten Gunther: visited the lab in 2011-2012 and worked on extending Bayenv to more robustly identify signals of local adaptation.

Chenling did her undergrad at Davis and joined our group as a junior research specialist. She worked on understanding patterns of recent adaptation in Mimulus (in collaboration with Kevin Wright and John Willis) and on creating sex-specific maps of recombination in humans. Chenling joined the compbio grad group at UC Berkeley.

Ivan wass a postdoc in the Coop Lab. Before joining Coop lab, Ivan was a graduate student with Sergey Gavrilets at the University of Tennessee where he worked on projects related to how selection, recombination and gene flow affect DNA polymorphisms. In the Coop lab he worked on understanding Neanderthal introgression and the analysis of recent human history. He now works at 23&me.

Gideon was a PhD student and worked on developing methods to study spatial patterns of genetic variation and applying these in a variety of empirical systems. He’s now faculty at MSU. 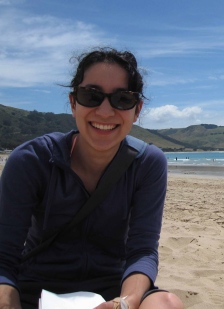 Alisa was a graduate student in the Coop and Begun labs, she worked on Drosophila popgen and spatial admixture patterns and is currently working for Ancestry DNA.

Simon was a postdoc with us and worked on signals of selection against gene-flow here.

Jeremy was in the lab 2011-2016 and worked on theory and methods to detect selection acting on polygenic traits and standing variation. Here is now faculty at U Chicago. 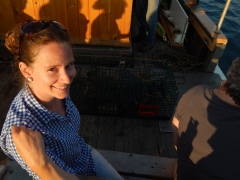 Katie was the Center for Population Biology Post-doctoral Fellow and studied the genetic basis, development, and adaptive significance of leaf shape in the annual plant Mimulus laciniatus in collaboration with Johanna Schmitt and Jeff Ross-Ibarra. She’s now faculty at Tulane.

Kristin joined the lab in 2014 as a PhD student following on from doing an undergraduate at the University of Wisconsin. Kristin worked on methods to identify the mode of convergence from population genomic data. She’s now a postdoc at Columbia in the Przeworski lab.

Nancy was a NSF Postdoctoral Fellow in the Coop lab. Her research combines genomic data with long-term demographic and pedigree data to study the evolutionary processes governing patterns of genetic variation across the genome. She’s now faculty at Rochester. 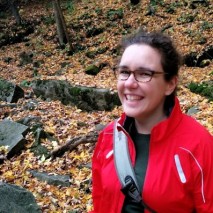 Emily is a NSF plant genome postdoc working on adaptation to domestication in collaboration with Jeff Ross-Ibarra and Julin Maloof. She’s now faculty at MSU.