I was a post-doc in the group of Jonathan
Pritchard in the Department of Human Genetics, University of Chicago, while there I also work closely with Molly Przeworski. Before that I was a PhD student with Bob Griffiths in the mathematical genetics group in Statistics Department at Oxford. I’m now a professor in the Department of Evolution and Ecology at UC Davis. CV_2015

Jeff joined as a PhD student in 2019. He works on developing techniques to study speciation and hybridization by categorizing the genomic scales of variation in ancestry statistics. Prior to joining the lab he was a trainee at University of Queensland in the lab of Dr. Ortiz-Barrientos. 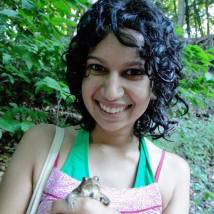 Pavitra is a CPB postdoc working on the role of sex chromosomes in sexual conflict, using quantitative genetic theory, population genomics in humans, and comparative phylogenetics in amphibians. Before joining the lab, she was a PhD student at Harvard, advised by Jonathan Losos and David Haig.

Carl is a postdoc working on population genomics of human centromeres, with the aim of identifying and understanding health associations and meiotic drive of particular centromere variants. Before joining the lab, he was a PhD student with Martin Nowak at Harvard. 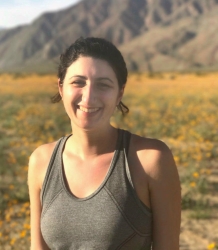 Sivan Yair
Sivan is a PhD student working on methods to characterize cases of introgression, such as the timing and strength of selection, to understand the context in which introgressed alleles rise in frequency. She joined the lab in 2016 following her undergraduate at the College of William and Mary.